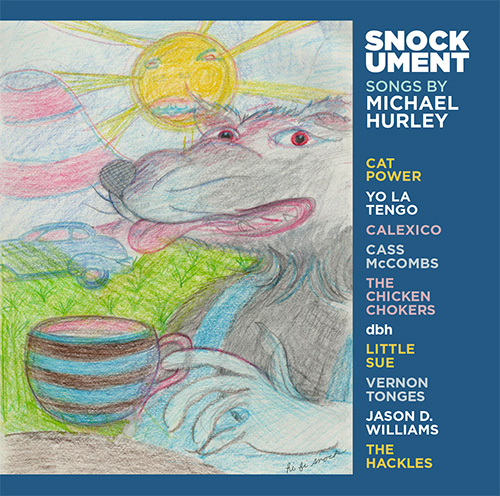 Side 2
O My Stars – The Hackles
I Still Could Not Forget You Then – Vernon Tonges
The Rue Of Ruby Whores – Calexico
Portland Water – Jason D. Williams
Polynesia #1 – Yo La Tengo 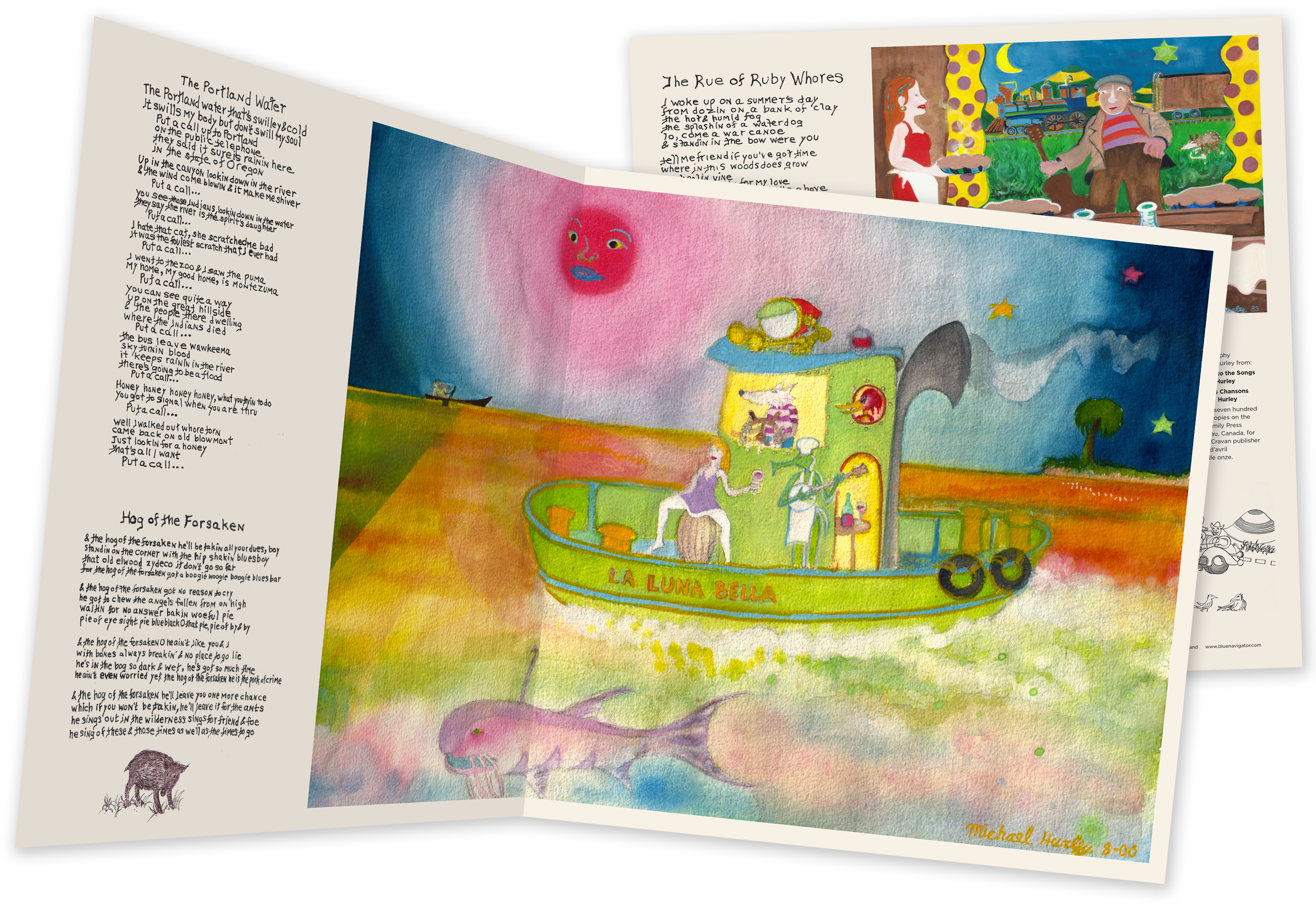 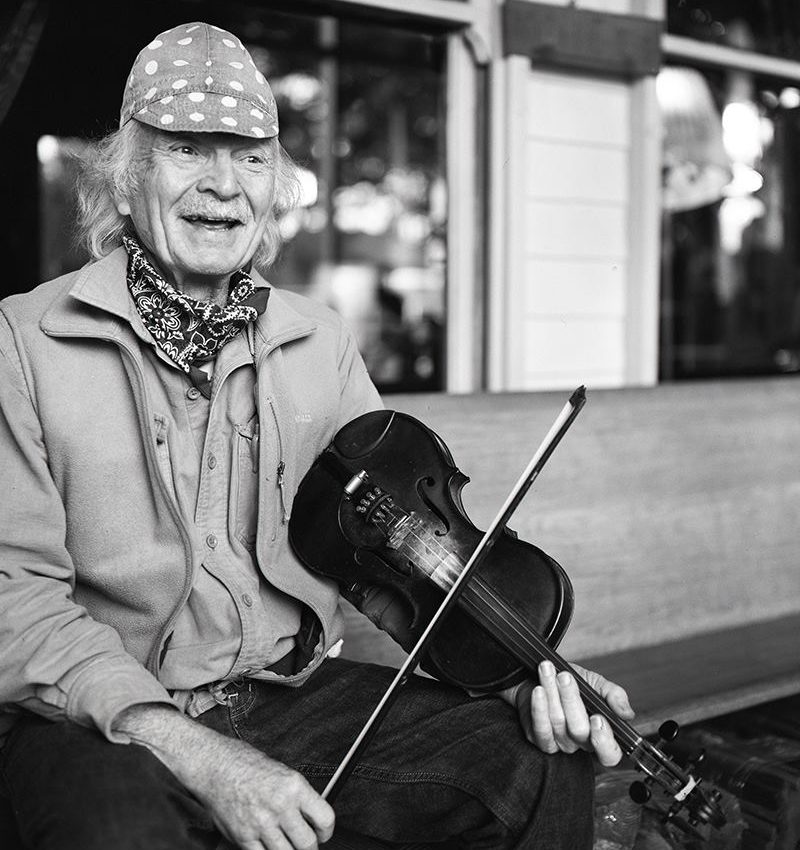 An exclusive tribute to the music and art of  'a US national treasure'.

SNOCKUMENT is a vinyl sampler of some of Michael Hurley's favourite covers of his songs, spanning 30 years or more, threaded with a love and admiration for the songs of Hi Fi Snock. Some tunes were recorded specially for the occasion (Calexico, Cass McCombs, The Hackles, dbh and Little Sue) while others were picked up along the way (Cat Power, Yo La Tengo, The Chicken Chokers, Vernon Tonges and Jason D. Williams). The tracks were mastered specially to create a fine unity of all the selections as though all were performed in the same place on one day. This limited edition vinyl LP on the Blue Navigator label includes a gate-fold insert featuring art by Michael Hurley. 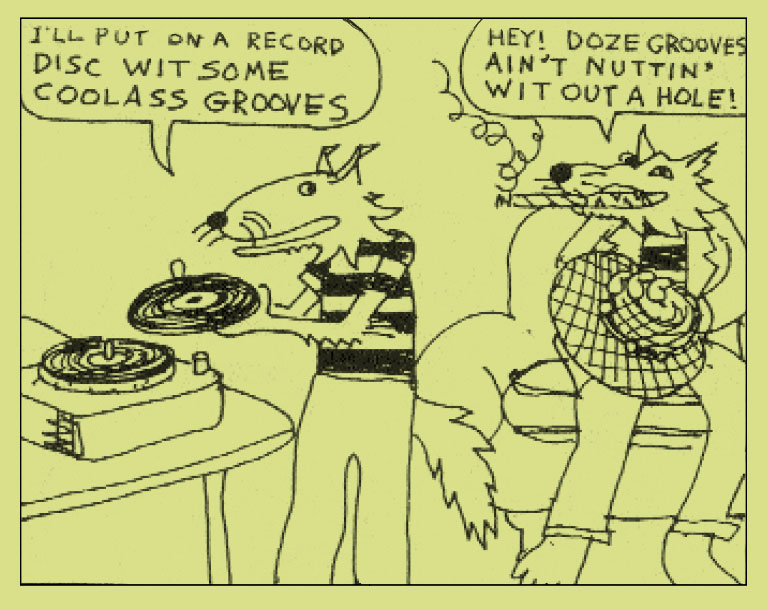 Michael Hurley (aka Hi Fi Snock)
Born in 1941, Michael Hurley grew up in Bucks County, Pennsylvania. As a teenager in the 1950s he fell in love with the music of Fats Domino, The Everly Brothers and Bo Diddley blasting from the radio, and was enthralled by the records of Blind Willie McTell, Hank Williams and Uncle Dave Macon. This love for music, true and unvarnished, supplied him with a finely tuned and  unwavering musical compass that has served him for over 50 years. Hurley's music sounds old, like it has always existed, and simultaneously singular, like something you've never heard before. His debut album, First Songs, appeared in 1964 on the Folkways label – making his music, by association and sound, genuine Americana. In between, there have been more than two dozen often-endearing, roughhewn releases, in which maidens, werewolves, wild geese, dogs, UFOs, and the Twilight Zone, make appearances. His lyrics tread, from song to song, between the natural world and the realms of supernatural hokum.

Together with the artists who have contributed to Snockument, here are just a few of the folk Hurley can count as admirers: Devendra Banhart (who released two Hurley albums on the Gnomonsong label), Kurt Vile, Lonnie Holley, Father John Misty, James Yorkston and Will “Bonnie ‘Prince’ Billy” Oldham. Scores of other musicians have also covered Hurley’s songs, including Deer Tick, Violent Femmes, The Holy Modal Rounders, Vetiver, Aberfeldy, Ingrid Superstar, Tim O’Brien, Built to Spill and Peter Laughner.

Snockument Back Story
Steve Peters and Jonathan Scheuer of Nonsequitur (USA) first came up with the name 'Snockument', back in the early 1990s. They planned a compilation of Michael Hurley covers, in association with Hurley, by some of their favourite musicians. However, for reasons artistic and prosaic, the project stalled. In the early-2000s, Irish label Blue Navigator began assembling tunes with the same intent,  but that notion also got parked.  Then, in late-2019, the idea of a vinyl LP of prime Snock cover tunes was floated, with Michael Hurley steering the whole caboodle.  So here it finally is - an album to be played over and over, a moment to be immersed in the world of Hi Fi Snock, created by his admirers and fans, selected and sequenced by the man himself.

Snockument - Digitally Re-Assorted
A digital version, featuring songs that missed the vinyl cut, alongside many of the tracks that appear on the vinyl LP, is scheduled for release in 2022.

Little Sue (Somebody To Say Bye Bye To)
A light in the Portland music scene for over 20 years, Little Sue was inducted in the Oregon Music Hall of Fame alongside Michael Hurley in 2019. 'I don't know if I ever would've written songs at all if it hadn't been for Hurley'. Recorded 2000.

Cat Power  (The Werewolf)
"Canonised within the musical world she operates in, but yet to be recognised universally, Chan Marshall exists in the sweet spot between cult favourite and widely accepted genius". (Vulture). Recorded 2003.

The Chicken Chokers  (Watertrain)
An old-timey string band from the Boston area who intersected their roots influences with reggae, punk, and rap. "I don't know what this song is about but it's one of my favourites. Michael told me he wrote it walking round and round Jamaica Pond" (Jim Reidy). Recorded 1986.

dbh (Hog of the Forsaken)
Daniel Bridgwood-Hill is a composer, guitarist and multi-instrumentalist who has been central to the Manchester UK music scene for many years. As well as releasing music under his own name he performs with numerous local acts, including progressive experimental bands NASDAQ and FTSE 100. Recorded 2019

The Hackles (O My Stars)
Residing in the same rainy corner of Oregon, Kati Claborn and Luke Ydstie a.k.a The Hackles have shared the stage with Michael Hurley as both opening act and backing band. ‘O My Stars’ is a particular favourite from their deep pool of beloved Hurley tunes, and often finds its way onto Hackles setlists. Recorded 2020

Vernon Tonges (aka Spoo Willoughby) with Stacey Earley  (I Still Could Not Forget You Then)
An  ex-Chicagoan whose repertoire mixes original material with gleanings from his haphazard researches into little-known artefacts from forgotten pop music and obscure folkways, while finding small enclaves of enthusiastic fans for his inchoate howlings. Recorded 2003

Yo La Tengo  (Polynesia #1)
An American indie rock band formed in Hoboken, New Jersey in 1984. Since 1992 the lineup has consisted of Ira Kaplan, Georgia Hubley and James McNew. Recorded 2018.